bsag
reply
Horribly true. Been there, done that.

Skotte
reply
"Automation" is in my job title.
Rochester, Earth

jmoodie
reply
I got to be pretty decent at spotting this curve while at UMB, and then avoiding it. But there is no doubt about its existence.

This is my weakness. I'll gladly write a script or macro to accomplish a repetitive task even though doing the task by hand would take half the time. Coincidently, this is why I use Vim, because it reduces the distance between manual and macro editing. Of course, it took me weeks to set up and learn to use Vim. That's time I'll likely never recoup.
Escondido, CA

Satri
reply
Ah.. The things you own end up owning you...
Montreal, Canada

satadru
reply
The multi-axial solution is to delegate your yak-shave. Alternately optimize using the "has somebody automated/done this in a good enough fashion" algorithm.
New York, NY

stefanetal
reply
How the boss views most projects. And how I view his project proposals...
Northern Virginia

JayM
reply
Ha. :) For some folks this is definitely true!
Atlanta, GA

Best definition of automation I have ever seen...
Singapore

amijangos
My thought exactly, you have a threshold of how much time to invest 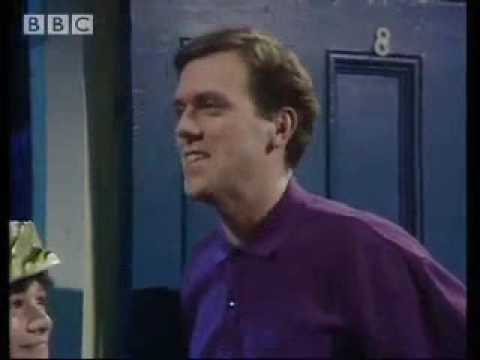 British actors Hugh Laurie and Stephen Fry have been working together for three decades. Their recent work is nice. But in my opinion, their best work as a comedic pair was inJeeves and Wooster and Blackadder Goes Forth.

A Bit of Fry & Laurie was a sketch comedy show that the duo operated from 1987 to 1995. Here’s a clip from it. The two talk about the American Halloween custom of trick-or-treating. They helpfully explain to Britons how to interact with the children.

In the comments, share your favorite sketch or scene from the collected work of Hugh Laurie and Stephen Fry.

bsag
reply
I had forgotten about this sketch. Excellent, I am now fully prepared for 31st October. I think the obvious answer is maintenance. I try to keep as few fountain pens inked as possible, ranging from five to a somewhat overwhelming ten. My preference lies with blues, predominantly blue black, with possibly one turquoise, one black, and one orange ink filled somewhere within the group. Anytime I have inked up red I end up not using it (maybe orange is my red?), and down the sink it goes.

Friends and readers of this blog seem to love red inks though, at least judging by the amount of questions I get about them. Luckily my friend Thomas sent a couple of samples my way, like this Diamine Red Dragon, so I am able to test without comittment. That is always a bonus in my book.

In my admittedly limited experience I categorize red inks two ways: bright or dark. Bright includes pure reds that really pop off the page, or reds that show strong hints of pink and/or orange. Dark includes inks that are on the blood or brick end of the spectrum, possibly with some brown showing through. Red Dragon is an ink you should consider if you are looking for a dark, blood red.

Like most Diamine inks - which are becoming some of my favorites - it is well behaved from my TWSBI 1.5 mm stub nib. The feedback is smooth and consistent with minimal shading, and an average to below average dry time. I'm impressed by it, but it isn't the red ink that is going to make me reconsider adding one to my rotation.

What other red inks should be on my radar?

In honor of this review, I present the song that got me hooked on Okkervil River:

bsag
reply
I'm definitely a fan of the blood or brick red, tending towards copper reds. I use them a lot for marking, but sometimes I just enjoy writing in a notebook in red ink. It's invigorating. This Red Dragon looks right up my street.

The different ways in which people with and without a cat eat by Tom Cox (noreply@blogger.com)
Saturday July 13th, 2013 at 12:43 PM 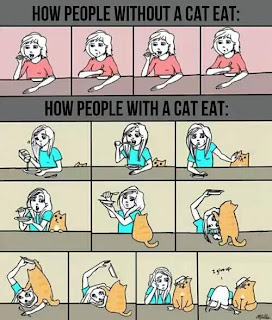 bsag
reply
Oh how I identify with this! I'm very familiar with a little furry face appearing on the opposite side of my plate, like a rising moon. Jake Evill is hoping that someday 3D printed casts will replace the bulky, stinky plaster casts we are all familiar with. De Zeen shares the story...

A patient would have the bones x-rayed and the outside of the limb 3D-scanned. Computer software would then determine the optimum bespoke shape, with denser support focussed around the fracture itself.

bsag
reply
This is a brilliant idea.

Monsters University, the prequel to Monsters, Inc, opened this weekend. I brought the kids to see it. As a faculty member at what is generally regarded as America’s most monstrous university, I was naturally interested in seeing how higher education worked in Monstropolis. What sort of pedagogical techniques are in vogue there? Is the flipped classroom all the rage? What’s the structure of the curriculum? These are natural questions to ask of a children’s movie about imaginary creatures. Do I have to say there will be spoilers? Of course there will be spoilers. (But really, if you are the sort of person who would be genuinely upset by having someone reveal a few plot points in Monsters University, I am not sure I have any sympathy for you at all.) As it turned out, while my initial focus was on aspects of everyday campus life at MU, my considered reaction is that, as an institution, Monsters University is doomed.

First, campus life. As the MU website suggests and the film reveals in more detail, Monsters University is a highly traditional institution with many problematic aspects in both its organization and culture. Instruction is resolutely “chalk and talk”, with faculty members presenting dull lectures to (often very large) classes of obviously disaffected students. The campus has a machine shop devoted to manufacturing doors, but that seems to be about the extent of its capital investment in anything other than faux collegiate gothic buildings. Lecture theaters are ill-suited for anything but the most direct sort of instruction, and the physical plant has clearly failed to keep pace with the diversity of the student body. Campus transportation seems non-existent, despite the fact that we see slug-like monsters unable to get to class in anything like a timely fashion. Classroom spaces also seem poorly equipped to address the needs of nontraditional monsters, especially giant monsters. Disturbingly, the two giant monsters we see are both depicted playing sports: a female giant monster is shown playing giant ultimate frisbee (or possibly ultimate giant frisbee), and a giant slug monster is evidently the key player on the football team. And yet all of the classrooms are tiny, or accessible only by very small doors that even a moderately-sized undergraduate would have trouble fitting through. One has to wonder whether Monsters University recruits these talented young giant monsters for anything other than their athletic ability.

A second problem is more organizational. The role of Dean Hardscrabble in the everyday life of the university is particularly disturbing. She seems to feel it her right to observe and even interrupt lectures in progress, to overrule the teaching decisions of tenured faculty monsters, and to generally interfere with the curriculum’s content and standards whenever she feels like it. It is a generally accepted rule of university governance that the faculty control the curriculum, and yet here we see administrative interference on a very worrying scale. She also is clearly far too involved in the extracurricular life of the school, and in particular with its powerful fraternity and sorority culture. Moreover, the fact that there is a statue to Dean Hardscrabble placed inside the main lecture theater of the school which she administers bespeaks of a level of administrative hubris rarely seen outside of certain English universities. It is difficult to see how the faculty could be expected to work under such a dysfunctional managerial style.

Disturbing as these features of Monsters University are, in the broader scheme of things they are of little concern. For the fact is that, when placed in the timeline of Mike and Sully’s world, and the events we already know will take place in Monsters Inc, it is clear that Monsters University, as an institution, has no future. Monsters University ends with Mike and Sully expelled from school but not overly worried by their fate. They head to Monsters, Inc. and take jobs in the mailroom, where they begin a meteoric and frankly implausible upward climb through the ranks of the company, ending where Monsters Inc. begins, with them working on the scare floor of the company—the prestigious job that Monsters University is supposed to be training its most elite students for. This already suggests that the credential society the monsters are living in is something of a sham, and that Monsters University and its rival Fear Tech might be ripe for disruption. But the events of Monsters Inc. make this not just likely, but inevitable. As you will remember, that film ends with Mike and Sully discovering that the laughter of children is a vastly more powerful energy source than screams, thereby revolutionizing energy production in Monstropolis and likely ushering in an era of unprecedented prosperity.

The consequences for Monsters University are obvious, and chilling. Two expelled former students have gone on not only to rise to a level of occupational success that ought to be impossible without an MU credential, but have discovered new fundamental facts about the world that completely undermine the knowledge base of Monsters University as an institution. It’s as if Jobs and Wozniak were also Fleischmann and Pons. The School of Scaring, which we hear early on is the “crown jewel” of MU, is now completely outmoded and also, surely, entirely delegitimated. The plot of the third Monsters movie is thus quite obvious. Mike and Sully take advantage of the inevitably huge backlash against MU for getting so much basic science wrong. They join forces with the upper management team of Monsters, Inc. (with the disgraced Waternoose taking the blame for all the bad stuff that happened) and form an edupreneurial startup. Armed with the knowledge about laughter, they return to a Monsters University that expelled them to destroy the credibility of the faculty, and the university besides. MU’s failure to modernize then comes back to haunt it. MU has nothing to offer the needs of students—giant sized or small—in the new Laughter Economy. Instead, the Monstrously Open Online Campus will provide the modest training needed to become a productive and happy member of society. Their startup, Scarecoursa, is launched to great acclaim.

Emeritus Dean Hardscrabble will of course argue that recent events do not delegitimate the School of Scaring as a scientific enterprise, and that predictions about the human world are extremely difficult to make in a reliable fashion. But it is immediately clear to the residents of Monstropolis that no academic discipline could survive such a massive empirical refutation of its core principles, basic methods, and fundamental theory. (Except the Economics department, obviously—although what they’ll do in the new post-scarcity energy economy isn’t so clear, either.) With the University disbanded, the faculty fully casualized, and Mike and Sully’s MOOC startup a roaring success, the remainder of the film focuses on the unexpected return of Randall, whose story this really is. Unbeknownst to Mike and Sully, Randall turns out to have been secretly backing Scarecoursa all along. Now tremendously rich, he goes public evangelizing the idea that college is a pointless waste of time for talented monsters. Simultaneously, he executes his stock options, forces out Mike and Sully, and announces an acquihire merger with Monsters, Inc. The film ends with Randall as CEO of the new firm. Mike and Sully, meanwhile, join Emeritus Dean Hardscrabble working part-time as content providers for Scarecoursa webinars.